Switch to the dark mode that's kinder on your eyes at night time.

Switch to the light mode that's kinder on your eyes at day time.

Switch to the dark mode that's kinder on your eyes at night time.

Switch to the light mode that's kinder on your eyes at day time.

There must be something in the water here in Phuket, as there are so many girls with astonishing beauty keep making an impact on a global stage, after being born and bred on beautiful Phuket.

This Phuket girl was born and raised on the island, going through the Phuket schooling system before traveling to Canada to get a degree in economics!

On Amanda’s return to Thailand she took to pageantry like a fish to water, fast winning the title of Miss Universe Thailand 2020 in a highly televised event, giving her fans from all over Thailand and worldwide.

Next up let’s introduce Tia Taveepanichpan

Although born in USA, this beauty has a mix of South African and Thai genetics from her Phuket father. She was raised in Phuket, seeking her first bit of fame winning Miss Teen Thailand before going on to compete in numerous televised model contests. She has since had a successful career on Thai drama’s before jetting off to Miami where she’s currently having a successful career as an actress and model.

Next up we have a girl who is half German and half Phuketian, meet Dorothy Petzold.

Dorothy was another girl born and raised in Phuket and went to the same school as Amanda Obdam. Dorothy achieved her first real dose of fame on the 5th season of Asia’s Next Top Model. At only age 18 she lost out to more experienced models that year but has since gone on to have a very successful modeling career and can be seen on giant posters on the likes of Centra Phuket, as well as being used by major fashion brands worldwide.

Ticha is half Swedish and half Thai with her mother hailing from Nakhon Si Thammarat. She got her first dose of fame when she won Thailand’s tv series The Face Thailand; but her personality has kept her busy on Thai tv sets ever since. Although she only lived in Phuket from age 14 onwards, we feel she deserves an honorable mention for going through the Phuket school system with other girls on our list!

Last for the article but certainly not least we have the amazing Tharina Botes.

Tharina is half South African and half Thai, we are beginning to see a pattern here in beautiful and handsome, mixed race models!

Tharina recently was the 1st runner up on Miss Universe Thailand 2021 where her personality and amazingly good looks won over the hearts and minds of the Thai people. Expect to see a lot more of Tharina this year!

That’s all for now but feel free to suggest any girls or even guys and maybe we can expand on this slightly unnecessary yet hard to not read topic of Phuket Beauties.

Get the best viral stories straight into your inbox!

What do you think? 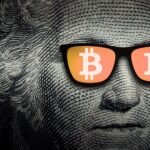 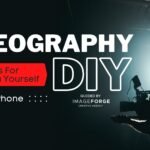 Don’t miss out on new posts

Back to Top
Close

Your password reset link appears to be invalid or expired.

Send this to a friend